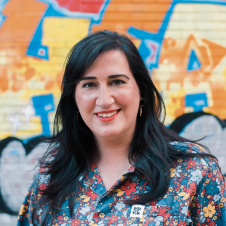 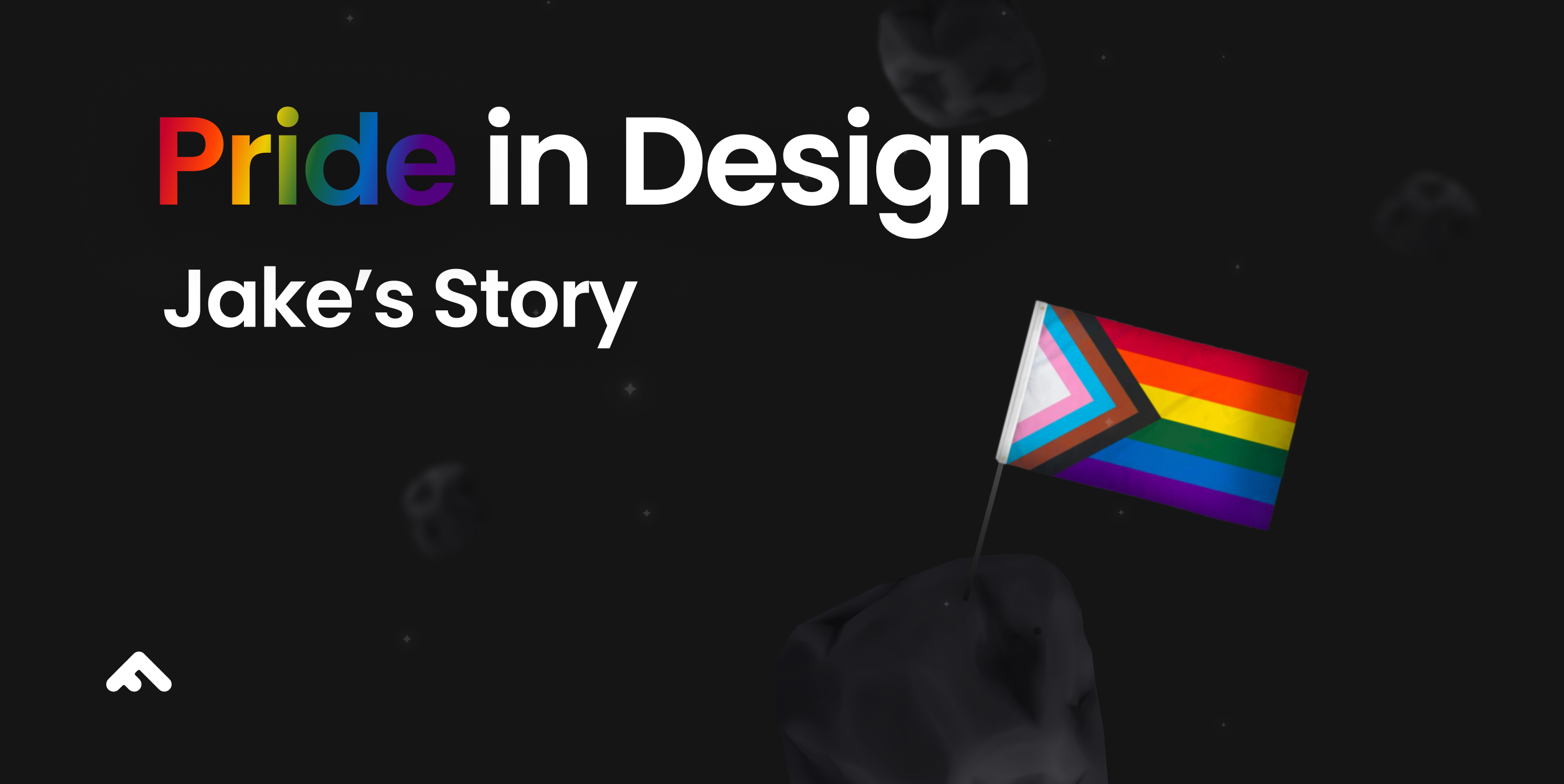 Jake, Design Talent Partner at Fearless Talent, is taking part in Pride celebrations for the first time this year. He opens up and discusses why it's taken him so long to get involved, the varied experiences he’s had within the workplace, and just why it’s so important that education begins at home.

LB: So Jake, what does Pride mean to you?

JH: Being completely honest, pride never used to mean alot to me, and it wasn’t until I watched “It’s a Sin” last year, that I realised I should be taking note. I’ve been fortunate enough to grow up in an era where it is far more widely accepted, and for me personally I’ve been fortunate enough that I’ve not faced any prejudice around my sexuality, or certainly not anything severely negative. So you combine that, with the lack of education around the topic, the modern history of what went on during the Aids pandemic, what went on at the Stonewall riots, I genuinely was not aware of what went on and how that impacted the life I’ve been ? able to live today.

LB: It’s so wonderful that you’ve not faced outward prejudice, have you found you’ve ever been treated differently because of your sexuality?

JH: You do find there is an element of curiosity when you’re openly in a same sex relationship. People will then ask questions that there’s no way you’d ask a hetrosexual couple - and I’m confident it is curiosity because there is no accurate representation out there. I remember chatting at work years ago about a bit of a barney I’d had with my other half over the trivial things you do when you live together, and someone said “you have those sort of arguments?” - yes! Of course we do. Not unloading the dishwasher or leaving the dirty plates on the side is not exclusive to straight couples - we are still humans!

LB: That’s it! We are all humans and we all have our little annoyances. How has the workplace been for you?
JH: It’s been very sector dependent and I’ve seen two really different sides of it. I first went into hairdressing, where it’s almost stereotypical that men in hairdressing are very openly camp, and I played up to it, I was loud, I was over the top, to the point that I’d find myself annoying. But everyone loved having that character around. Then I moved to work on the river, where it was very masucline, mechanical work, predominantly 30-60 year old men, and I had to project myself completely differently. I was 24 and gay, and quickly given the nickname “Princess”, which offended me, because I was just as capable as them - but it backfired, because I’d play up to it when they’d say “Oh Princess can’t do that, too heavy for them”, and I’d let them crack on and do it for me.

And now at Fearless, it doesn’t even come into play. We have queer people, straight people, and its just never been an issue. Even if Matt and I are speaking about our relationships, there’s never been a funny look, or comment made, everyone just joins in and we genuinely can be ourselves, with zero judgement.
So having experienced a whole spectrum, it really does come down to the people and the culture.

LB: What can workplaces do to help you experience what you’ve experienced at Fearless?

JH: Everyone needs to be bought into the culture. Everyone. It only takes one person with negativity, to start whispering and planting seeds and it can quickly spread. So you need the rest of the team to be united and make sure that doesn’t happen.

LB: How can workplaces incorporate pride in the same way other celebrations are?

JH: We should treat it like any other national holiday. You don’t need to be gay to fly the flag, and being surrounded by straight people who are flying that flag is going to help others feel totally at ease and comfortable to be themselves. And that’s so important at work. Having open conversations with your straight colleagues to help them better understand, can go a long way - and pride is the perfect opportunity to do that.

LB: We are now at a place where we speak about allies, the people who aren’t part of the LGBTQ+ community, but do proactively support and defend them. What makes a good ally?

JH: It takes understanding, cooperation and someone who is genuinely prepared to listen. And then have the understanding to recognise prejudice and call it out when they see it.

LB: Even if it is fading with each generation, sadly prejudice does still exist, what do you think needs to change to help make ever bigger strides than we already have?

JH: Education. To be in my 30’s to not understand my history is pretty bad. But aside from the school system, which I’ll come onto, education starts at home. And sexuality, along with sex, in some households, especially when I was growing up, was a real taboo, and just wasn’t discussed. We all cringe when watching TV with parents, and a sex scene comes on, but on that super rare occasion where you see two men kissing, and you could feel, if not actually see and hear your parents reaction, which was always negative. So as a child, you grow up with this seed already planted that if you want to kiss a man, people won’t approve.

Then you go to school and the only sex education you got was about reproduction. So you only ever saw mum, dad, and baby. There’s alot more to sex education than reproduction regardless of sexuality, we need to learn about making connections, the feelings that come with being in love, the intimacy and pleasure, and including same sex partners within that would go a long way.

If it can be normalised from as early as possible, so if and when kids start having feelings, and are figuring out those already complex teen years when the hormones hit; they know that however they feel, is absolutely OK, because they’ve seen it.

LB: I full agree and I feel excited for our children’s generation because already at the school gate, we have some same sex families. And there will be more and more as time goes on, so kids will now grow up with it being normal. How much do you think seeing more gay families, gay stories lines on TV etc. would have helped you growing up?

JH: It would have been life changing. I was 12, maybe 13 when I knew I was gay, and I was 21 when I came out, and seeing a programme like Heartstopper (Netflix) would have literally changed my life. When I was growing up, any show that dared to do a gay storyline, always had a negative spin or a tragic outcome, and now there are shows featuring outwardly gay kid at school. Coming out stories with accepting parents. To see a happy stories like that would have been life changing, and I’m sure it has been for many queer kids now.

Look at the recent Dr Who casting! The BBC, a very conservative, policitcally correct British Institution will have a black queer man, and a black trans woman on prime time Saturday night telly - how amazing is that going to be?

LB: It really is, I’ve never watched and I’ll be tuning in on the casting alone! We’ve spoken really positively about progression, but we know there’s always work to do - but what issues are currently facing the LGBTQ+ community that we need to know about?

JH: I count myself extremely lucky to live in a time that is more accepting than ever and I’m sure will only get better. I am also incredibly privileged to live where I do, because not only are there places in the world where homophobia rife, but where it is illegal, and rights of LGBTQ+ people are being taken away. And I think for many of us living in places like the UK, where we get to have a parade through our major towns to celebrate who we are, others are being killed for who they are.

LB: You’re right it is easily forgotten, and utterly heartbreaking it still happens. We need to beat the drum loudest for them. As this is your first year really beating the drum, what are your plans for Pride?

JH: I am going to go to London Pride, I think I just need to experience it firsthand and really celebrate just how far we have come, and continue to fly the flag for future generations.

Fearless will continue to fly that flag with Jake and the LGBTQ+ community.

A Day in the Life of a Netflix Designer

The Future of UX with Jared Spool